It’s been a while since we used to enjoy coding and playing straightforward after a computer bootup. The goal of BASIC8 is bringing a sense of joy back from retro/vintage computing and gaming, also being quick at getting higher level stuff done for modern development. 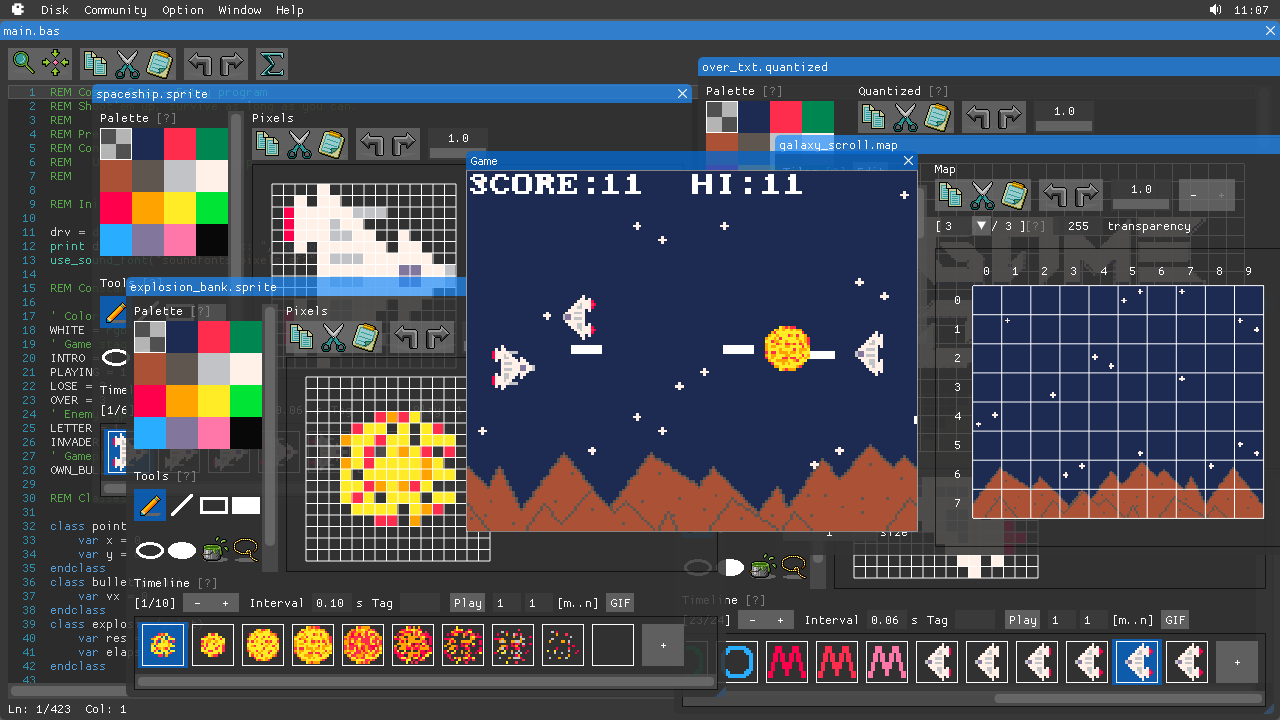 BASIC8 offers a range of built-in tools for editing sprite, tiles, map, quantized, etc; and extra tools as regular disks, such as the Wave Maker, Player Maker, and HTML Maker. Furthermore it’s possible to bring your own tools, or use plugins.

BASIC8 disks can be handily shared via the Workshop with built-in tools; saved as “*.b8”, “*.png” file, or text based through other sharing ways.

BASIC8 is productive. Make redistributable standalone player as executable binary with the Player Maker for Windows, Mac OS X and Linux, and as web based with the HTML Maker for browsers.